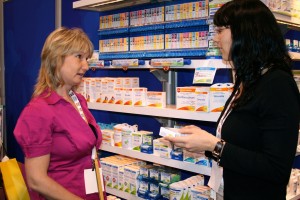 Homeopathy is based on the principle of “like cures like”. The remedies, which are generally dilutions of natural substances from plants, minerals, and animals, are selected to specifically match a person’s individual symptom pattern. Here are some homeopathic remdies that are used for motion sickness.

Homeopaths may suggest this remedy for someone with dizziness, nausea and vomiting, especially if the person is excitable and anxious. The person may also feel claustrophobic.

The symptom associated with this remedy is a fear of downward motion, such as during the landing of an airplane.

This is the most popular remedy for motion sickness. Nausea, especially when it worsens with the sight or smell of food, is a keynote of this remedy. The person may feel extremely weak and dizzy and have to lie down, or may have an empty or hollow feeling in the stomach. Symptoms may be worse after becoming cold, moving about or from lack of sleep. This remedy is often used for car or sea sickness, when watching moving objects worsens the nausea and dizziness.

This remedy is used for seasickness. It’s often used for severe nausea and dizziness that’s worse from standing up. The person may feel weak and achy, especially in the bony areas of the face or head. The vomit may be bright yellow.

This remedy is used for severe nausea with an intense headache that may be at the back of the head or over one eye. The person desires warmth and loathes food, tobacco and coffee. There may also be bloating, gagging and possibly retching with nothing coming up.

Persistent nausea with an empty feeling in the stomach suggests this remedy, especially if the person feels a little better after warmth and eating food. There may be excessive salivation, stomach pain, and pain or stiffness at the back of the head or neck. The person may feel worse with light, noise or when attempting to sit up.

This remedy is often used for airsickness when there is nausea and vomiting but no appetite. The person may feel very giddy when attempting to sit up, may have an intense headache around the forehead, and his or her scalp may feel sensitive to the touch. There may also be dryness of the mouth and throat and unquenchable thirst.

If a person is nauseous, faint, green, extremely pale, icy cold, or very tired with a terrible sinking feeling in the pit of the stomach, this remedy may be indicated. These symptoms may also be accompanied by a cold sweat, yellow or yellow-green vomit and a headache that feels like a tight band pulled around the head. The person may feel better with cold, fresh air or when closing the eyes, and worse with any movement.

Cocculus indicus, petroleum, and tabacum can be used in combination. If the latter two remedies are unavailable, cocculus indicus is the most common single remedy for motion sickness.