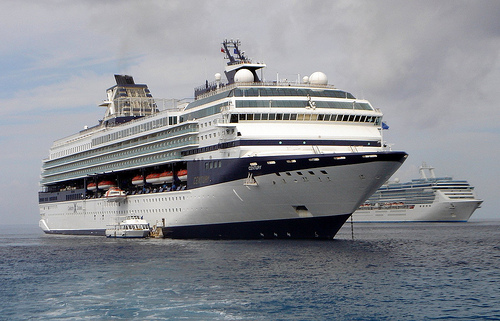 More than one person has saved up, and planned for an exciting cruise vacation, only to spend the majority of their time sick and in bed or in the bathroom. Fortunately, there are ways that you can prevent motion sickness, or at least alleviate the symptoms, while you are on your cruise.

Some medications are available for motion sickness. However, most of these can cause drowsiness and can impair judgment in the user. The most common of these is Scopolamine. This is taken prior to travel, and is available as a patch. Other medications that must be taken prior to travel include promethazine, cyclizine, and meclizine. Dimenhydrinate, otherwise known as Dramamine, can be taken after symptoms start, and must be taken every 4 to 8 hours.

Some people who experience motion sickness have had success with the use of herbs. The most effective of these seems to be ginger, and some clinical trials have even seemed to support its effectiveness. Other herbs used for motion sickness include black horehound (ballotta nigra) and peppermint. The Chinese herbal mixture, Pingandan, is also used. Other people have turned to a variety of other alternative therapies, including acupuncture and massage therapy. Homeopathic remedies have included Borax, Cocculus, Nux Vomica, Petroleum, Sepia, and Tabacum.

A variety of wrist bands, which use either pressure or electric methods, are also available that may assist people with motion sickness. These items tend to be very popular, as they are not very complex, relatively inexpensive, and do not have the side effects often associated with medications. The important thing is to make sure you have extras in case you lose one or, in the case of the electric bands, the batteries wear out.